The Spanish Armada – A Game Changer For Sligo 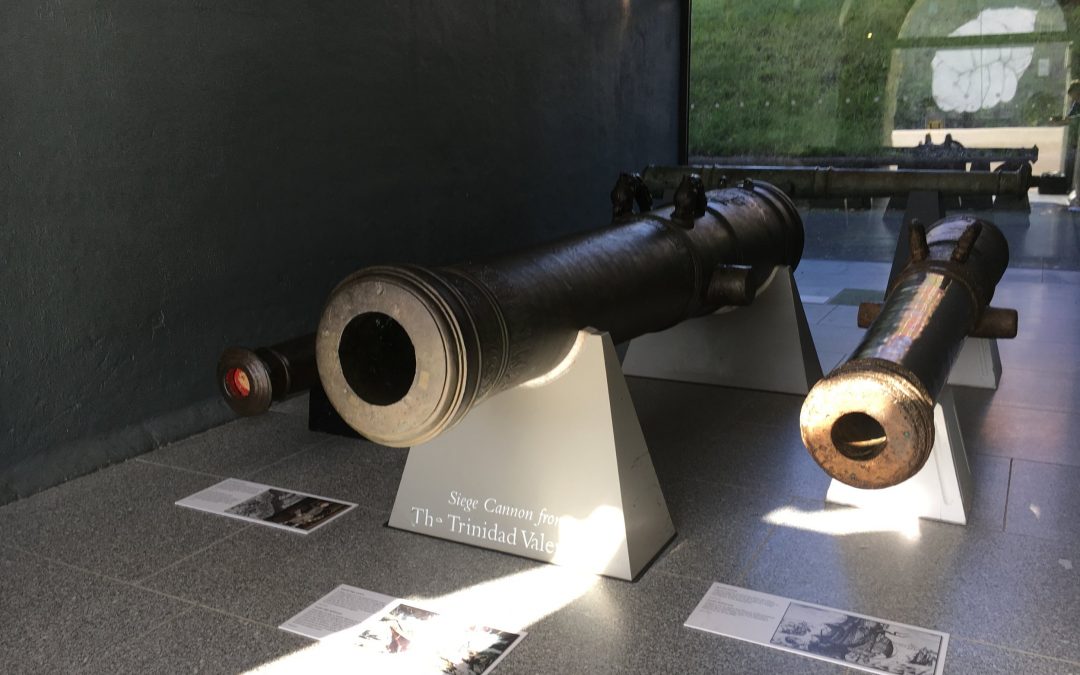 As someone who – along with many others – lent a hand in organizing the recent Spanish Armada International Conference in Sligo, it was heartening to hear so many people who attended the conference speak so positively about how Sligo could conserve its Armada legacy and use it as a promotional tool which could have a major economic and cultural impact on the region.

Before we play you some clips from academics, historians and potential decision makers who could help drive this project forward, here is a really brief beginner’s guide to the Spanish Armada story and its relationship with Sligo.

While retreating from England following a failed invasion in 1588, the Spanish Armada lost 3 ships at Streedagh beach in Sligo, resulting in the loss of over 1,100 lives. A contemporaneous account written by a survivor, Captain Francisco de Cuéllar, is both a haunting and striking account of an impoverished and fragmented society at the time.

Now fast forward 400 years and in 1985 cannon were recovered from the wrecks, and just recently in 2015, 9 further cannon and other artefacts were also recovered and these are currently being conserved at the National Museum in Dublin.

The recent conference brought together speakers and experts from around Europe who specialize in Armada studies as well as others who have a deep rooted interest in the events which occurred at Streedagh. The event organizers now plan to campaign to have a Spanish Armada Interpretive Centre built in Grange, Co. Sligo, which is located just minutes from Streedagh, and along the Wild Atlantic Way on the main artery between Galway and Donegal.

And so, to the speakers. First, take a listen to Fionnbarr Moore, leading archaeologist with the Underwater Archaeology Unit of the Department of Arts, Heritage and the Gaeltacht, and who led the dive expedition which recovered the Spanish Armada cannon at Streedagh in 2015. He thinks that Sligo would not only be the natural home for the Spanish Armada Interpretive Centre, but should also become the home of the National Maritime Museum (amazingly, for an island nation, the Republic of Ireland doesn’t have one.)

And what would Sligo need to do to build this centre, what are the challenges which await before we can bring the cannon back to Sligo once they have been conserved in Dublin? Here’s Nessa O’Connor, Curator at the National Museum of Ireland.

The conference was an opportunity not only for Sligo to progress the discussion in relation to how to develop Armada narrative in Sligo, but one which, for thefirst time, assembled many of the leading world experts on Armada studies in the one location to discuss, debate and make recommendations in relation to the Streedagh site. Here’s Eddie O’Gorman, Chair of the organizing committee of the Spanish Armada International Conference.

And what is the next chapter in this story, one which has huge potential, but which requires considered thought and planning, as well as vision and courage of our convictions. The Streedagh wreck site will continue to reveal more and more Armada treasures into the future – it is known that many other artefacts lie under the sand awaiting an opportunity to be brought ashore and conserved before a home is found for them at some point in the future.

But with the clock ticking on the cannon recovered in 2015 – the conservation process will likely be completed within two years – maybe less – there’s an opportunity here for Sligo, but one which requires leadership and invention. A wonderful opportunity awaits to preserve Sligo’s Armada legacy, and to provide an environment for visitors and local people alike to immerse themselves in this story in a very tangible way.