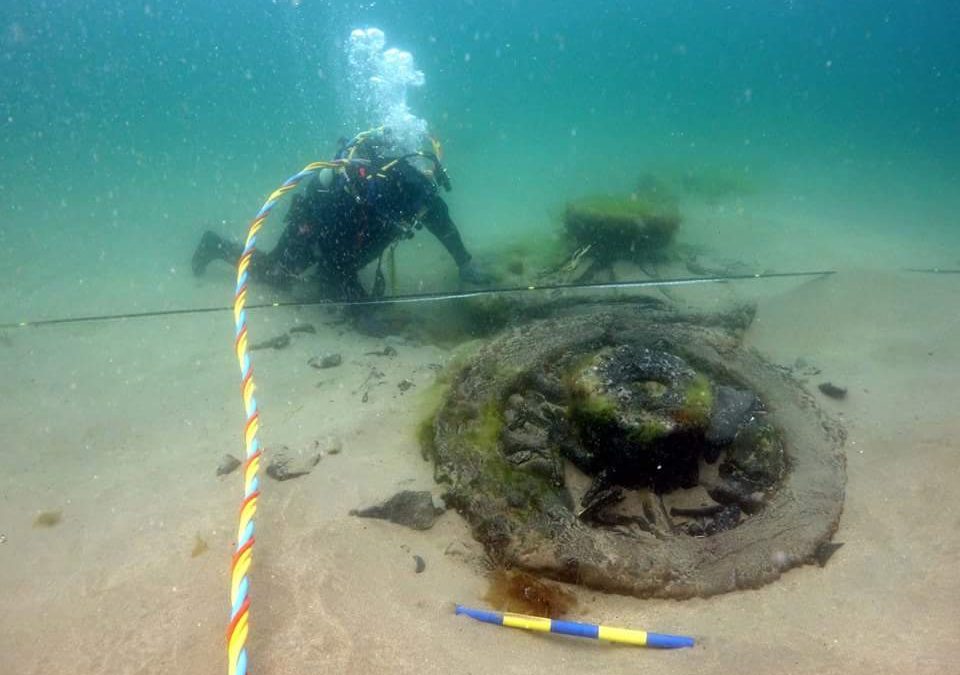 In a significant step, King Philip VI of Spain has decreed that a group from Sligo is to be awarded a prestigious honour in recognition of ongoing work in reconnecting Sligo’s links with the Spanish Armada.

The Award will be presented by the Spanish Ambassador to Ireland, His Excellency José María Rodríguez-Coso, to the Grange & Armada Development Association (GADA) at a civic ceremony at Sligo City Hall on Friday next August 25th.

The Plate of the Order of Isabel La Católica is the highest Spanish civil order granted in recognition of individuals or organizations that have provided services to Spain in various ways, including “in fostering relationships of friendship and cooperation between the Spanish nation and the rest of the international community.”

“This is the first time that the Award has been granted to a group in Ireland, and is in recognition of the work which has been done over several years by the members of GADA to revive the memory of the Spanish Armada and its strong links with Sligo,” said Ambassador Rodríguez-Coso. “It further strengthens the cultural and historical bonds we have with each other and we fully appreciate how Sligo has engaged with its Spanish Armada history in such a respectful way.”

During winter storms in 1588, three Spanish Armada ships were wrecked at Streedagh Beach in North Sligo. Dives which took place in 2015 recovered 9 cannon and several other artifacts from one of these, La Juliana, and these dives are among many topics which will be investigated at the inaugural Spanish Armada International Conference which will take place in Sligo from September 22-24 next.

“The Armada Conference is another step in establishing Sligo as the primary home of the Armada history in Ireland,” says Eddie O’Gorman, Chairperson of GADA. “We have unique ties with the Armada story, from Captain De Cuéllar’s first hand account of the shipwrecks, to the retrieval of the cannon by State agencies working hand in hand with local organizations like GADA and the Sligo sub aqua group. Our ultimate goal is to have the cannon returned to Sligo to be displayed publicly. This would bring the Armada story to life in a very tangible way with enormous historical and commercial consequences for the region.”

The upcoming Spanish Armada International Conference: A Gathering Storm at the Clayton Hotel in Sligo will provide a platform for Armada enthusiasts as well as those with an interest in local history to engage with the incredible events of 1588, when the 3 great ships of the Armada sank at Streedagh with the loss of over 1,100 lives.

Niall Gibbons, CEO of Tourism Ireland, congratulated the GADA team on this award and commended them on their vision to continue to build on this shared history between Sligo and Spain. Pointing out the tourism potential of the Spanish Armada International Conference, he added:

“This is fantastic and a great credit to you and the people in the Grange & Armada Development Association. It’s an amazing story of historical importance.”

Speakers at the conference will include internationally renowned Spanish Armada experts from Ireland, the UK and mainland Europe. They will deliver presentations not only on the historical events relating to the Spanish Armada and the impact on the political landscape of the time, but will discuss broader issues relating to how complex historical issues might now be interpreted in the 21st century.

Many fringe events will take place throughout the weekend as part of the annual Celtic Fringe Festival, including theatre, music, guided walks along the De Cuéllar Trail, The Spanish Quarter in Grange & the ‘Remembering the Armada’ ceremony at Streedagh Beach, where 1,100 crosses will be erected in memory of those who died along the shoreline in 1588. In addition, two vessels, the LE Róisín of the Irish Navy and the OPV Arnomendi of the Spanish Navy, will sail in local waters for the weekend. Details on the full conference programme are available at www.spanisharmadaireland.com.