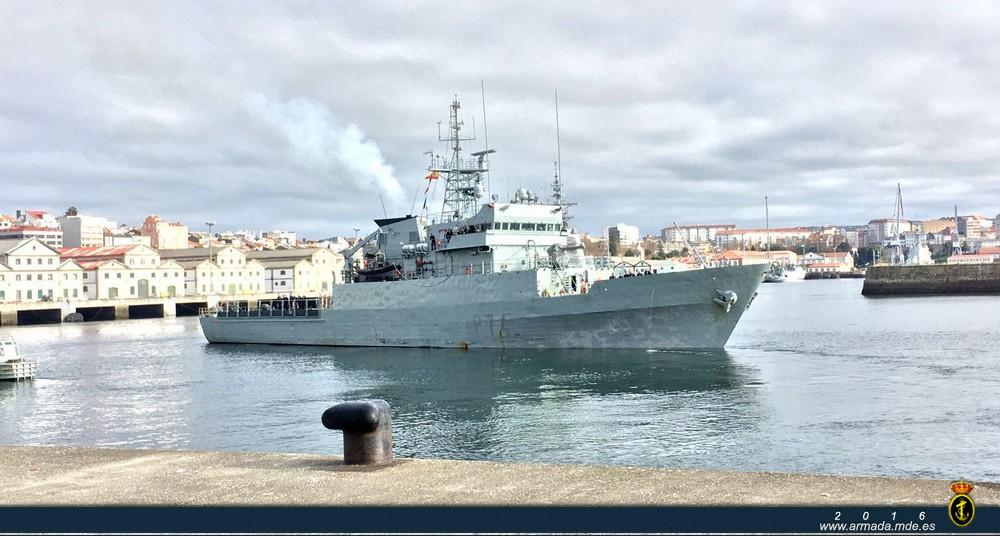 The Remembering the Armada beach commemoration event which took place in September at Streedagh Beach in Sligo has been featured in the official magazine for the Spanish Naval Service.

Translation: On September 22nd last, once more on Streedagh Beach, the commemoration of the Spanish Armada took place. Present were local representatives, members of the Irish Government, the president of the Grange & Armada Development Association, Eddie O’Gorman, and Admiral José Antonio Ruesta Botella.

At 6pm the naval vessel Atalaya anchored near the beach, while Spanish and Irish naval personnel paid tribute to the fallen of the Armada. Later on, the group made its way to the Spanish Armada monument, located 1km away. A piper led the procession, followed by a Spaniard wearing the uniform of a Spanish tercio, along with members of the Spanish and Irish naval forces, and many members of the public. Upon arrival at the monument, a floral wreath was laid at the monument beneath the Spanish flag and ‘La Muerte no es el final’ was sung by those present.

The previous day, the Spanish Armada Museum in Grange was officially opened. Here, visitors can see armour, swords, helmets and flags of the time, both original and replicas.