What’s Next For Spanish Armada Site At Streedagh? 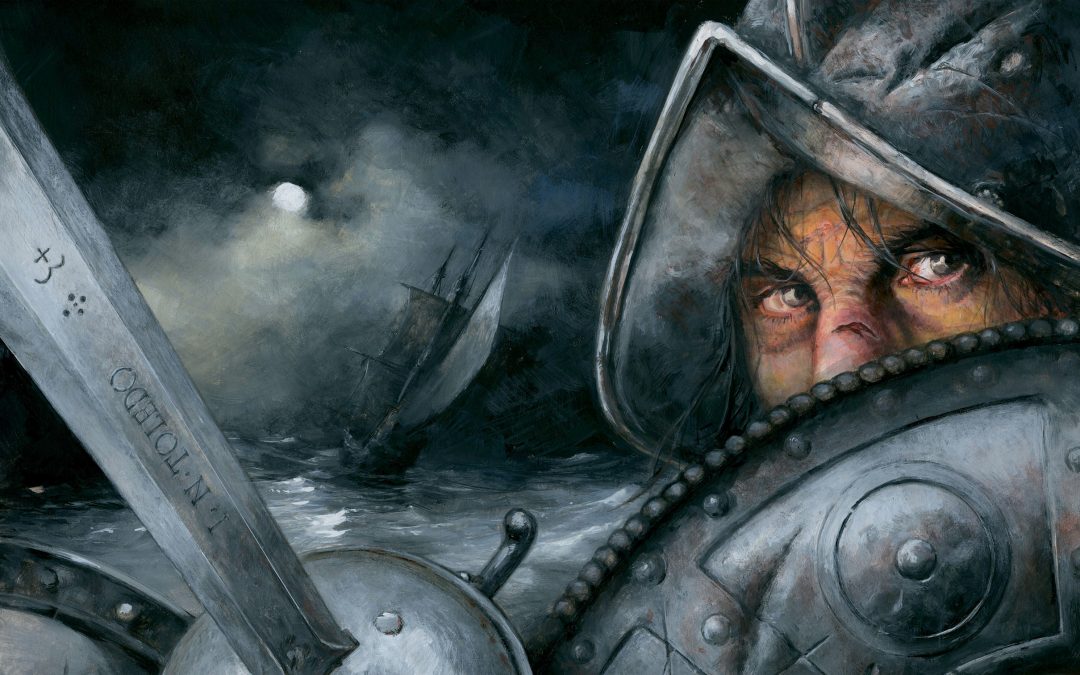 Ahead of this weekend’s Remembering the Armadacommemoration events in Sligo, a leading Spanish Armada historian has called for the Armada site at Streedagh Beach to be accorded official European Heritage Status.

Dr Francis Kelly, who has written extensively on the life of Captain Francisco de Cuéllar, one of the few survivors of the Armada shipwrecks of 1588, says that the wreck site at Streedagh is one of the most significant maritime sites anywhere in Europe.

“The Spanish Armada site at Streedagh is unique. Nowhere else in Europe does a wreck site of this nature exist, where three 16thcentury ships lie in close proximity to each other, linking Sligo to one of the most significant moments in European history. That a site of such distinction doesn’t have the designation of a European Heritage Site is hard to fathom,” he says.

Dr Kelly is one of the historical experts who will speak at the Remembering the Armadaweekend in Grange. The annual commemoration event, now in its eighth year, will begin on Friday with the opening by Minister for Justice & Equality Charlie Flanagan TD of the Spanish Armada Visitor Centre at the Old Courthouse in Grange.

This will be followed by ‘Cannon In Sea’ a specially commissioned performance at the old coastguard station overlooking Streedagh, as well as several other events, including the Twilight Parade from Streedagh to the Armada Monument, De Cuéllar Trail bus and walking tours, family day and more.

The Armada revival project in Grange has grown significantly in recent years, not least with the redevelopment of the old courthouse and which now provides visitors with a highly visual display of Spanish Armada replica material as well as some original artefacts, not to mention illustrative information panels highlighting how three Spanish Armada ships came to be wrecked at Streedagh. But now is the time to bring this story to a wider audience, something which will require funding as well as public and political support.

“It’s high time we really looked at the potential for the development of a permanent Armada exhibition centre in Grange,” says Eddie O’Gorman, Chair of Remembering the Armada, a voluntary local group working to promote the historical, promotional and business aspects of the Armada story in Sligo.

“We have already had an architect draw up some plans for the Spanish Armada Interpretive Centre in Grange with a view to rehoming all of the incredible Armada artefacts that have already been recovered, and to provide a home for those cannon yet to be brought ashore,” he added.

“This weekend’s commemorations will help to further enlighten the public as to the importance of this story, but now we need to create a Spanish Armada visitor experience which will generate huge international and domestic interest. The cannon will soon become ready for display, we need to find both the funding and the political will to develop a suitable home for them here in Sligo, a place where the Spanish Armada story can reach a much bigger audience and which will help develop its potential to the benefit of all in the region.”

Remembering the Armada takes place at Streedagh and Grange this weekend 21-23 September – details on all events at www.SpanishArmadaIreland.com.