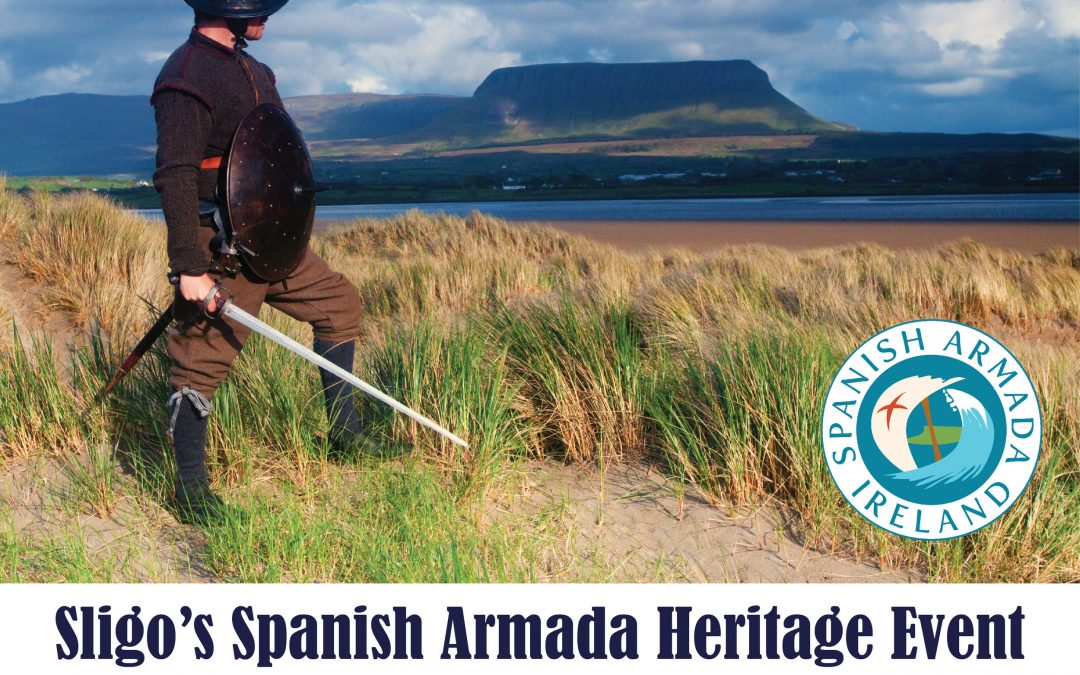 An exciting programme of events commemorating Sligo’s links with the Spanish Armada have been announced ahead of the annual Remembering the Armada festival, taking place on 21st-23rd September next.

Headlining the weekend is Cannon In Sea, a production inspired by the discovery of 9 Spanish Armada cannon at Streedagh Beach in Sligo in 2015. The performance is a heady mix of music, history, film, storytelling, song and fine food, and it will take place in a marquee within the walls of the historic Napoleonic coastguard station overlooking Streedagh.

Spanish and Irish navy personnel will also take centre stage in the weekend’s events, in particular in the Twilight Parade, which will follow the path taken by Spanish Armada Captain Francisco de Cuéllar, whose first hand account vividly describes the tragic events as they unfolded at Streedagh in 1588, where over 1,000 Spanish lives were lost during Winter storms.

Elsewhere, a series of informative lectures will provide detail on both the historical events relating to the Armada and Sligo, as well as describing the dives on one of the wrecks La Juliana in 2015, which led to the recovery of artefacts such as cannon, gun carriage wheel and cauldron. Renowned Armada experts such as Dr. Stephen Boyd (UCC), Dr. Francis Kelly, Dr. Connie Kelleher (Underwater Archaeology Unit) and Dr. Karena Morton (National Museum of Ireland) will all deliver lectures on various aspects of the Spanish Armada story.

The weekend’s events will begin on Friday September 21st with the official opening of the new Spanish Armada Interpretive & Visitor Centre in Grange by Minister for Justice & Equality, Charlie Flanagan TD. Also in attendance will be a delegation from the Spanish Embassy in Dublin, members of the Spanish and Irish naval forces, local representatives and other invited guests.

The weekend will also include other events such as the De Cuéllar Trail, a walk in the footsteps of the aforementioned Spanish captain, as well as a bus tour taking in many of the locations mentioned in his letter to the King of Spain. Additional events will include music & family day, The Spanish navy vessel OPV Atalaya will also take part in the weekend’s commemorations, and crew members from both the Spanish & Irish Navy will take part in the Twilight Parade, taking place at Streedagh Beach at 6pm on Saturday.

All are welcome to participate in what will be an exciting as well as informative series of events. Many of the events are free to the public, and some require prior booking. Please visit www.SpanishArmadaIreland.com for details.