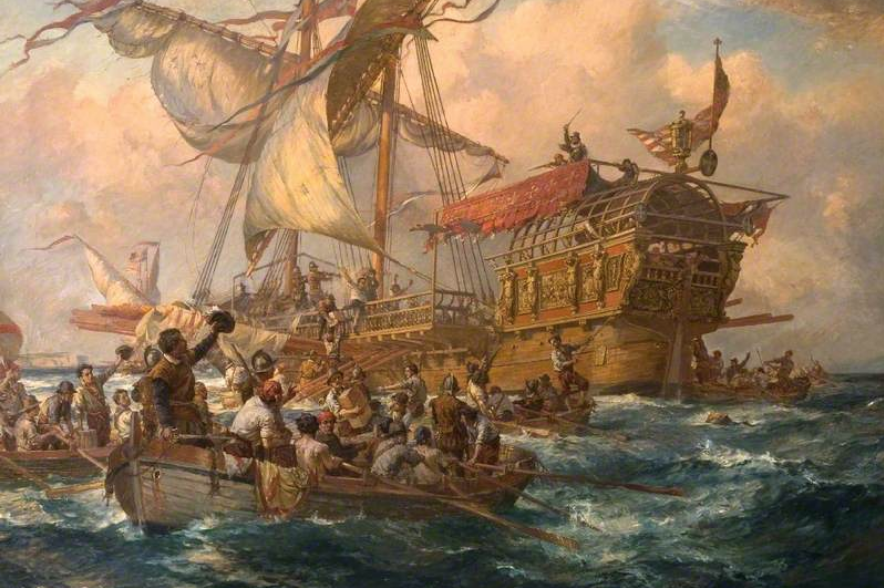 A number of exciting innovations will form part of the Remembering the Armada commemoration festival in Grange, Co. Sligo on 20-22 September 2019.

The event highlight will be the De Cuéllar Suite, composed by Michael Rooney and first performed in Sligo a decade ago. We have revived the composition, given it a new twist and look forward to bringing in to audiences from far and wide as part of the festival.

The De Cuéllar Suite will feature a group of both traditional and classical musicians, led by Michael Rooney himself, and will also include actors and choral works as part of a new element to this musical favourite.

We will also have many of the events which have always been central to our heritage events, namely a number of interesting lectures based on the area’s rich Armada heritage, as well as the main commemorative event which includes a walk from Streedagh Beach to the Spanish Armada monument and which always draws a big crowd. Take a look at our video from last year’s Remembering the Armada parade from last year below.

In addition, we will have another notable first for the festival, namely an exciting 8km road race which will start at Streedagh Beach, and take in some of the locations mentioned by Captain de Cuéllar in his letter of 1588. The route will include a run past Staad Abbey and will finish in Grange Village itself. Runners of all kinds of levels of fitness and experience are welcome, and you can also walk the route. Make sure you take part in what may become an annual event here in Grange, so get training and we look forward to seeing you in September.

The festival will be officially opened on Friday September 20th and will run to Sunday September 22nd. There will be lots of other fringe events, including food fair, festival club, a visit to a Spanish naval vessel, guided walks and more, so stay tuned as tickets for these events become available in the coming weeks.