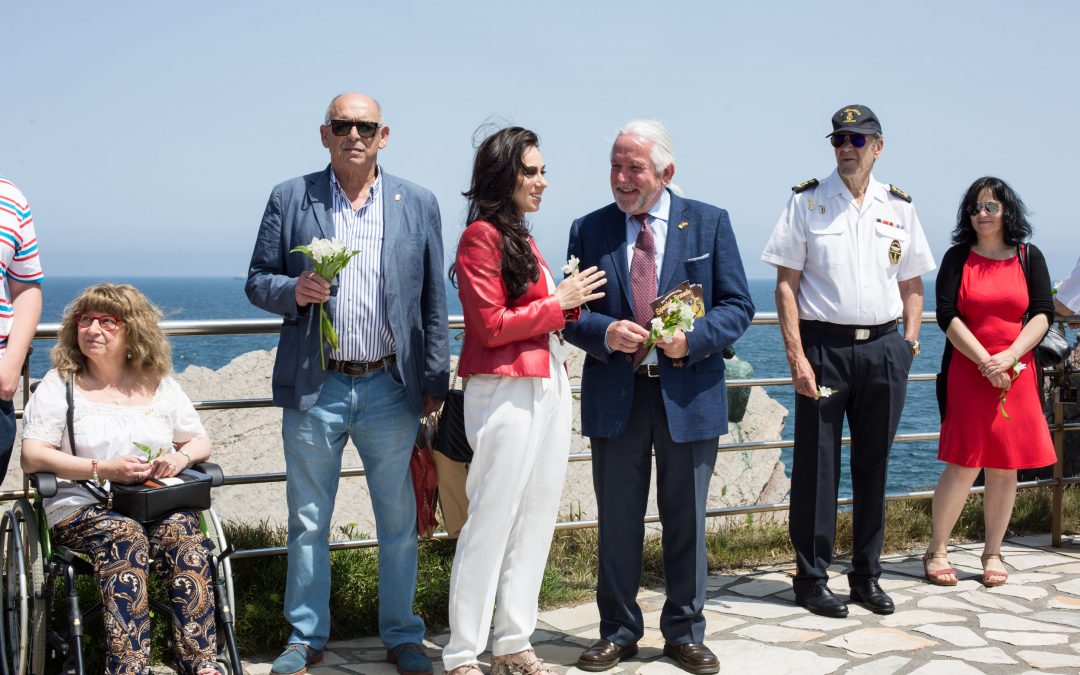 The strengthening relationship between the Grange & Armada Development Association (GADA) and maritime and historical organizations in Spain has once again been underlined in the award of the Galardón Pergamino to GADA.

The Asociacíon de Amigos del Museo de Anclas Philippe Cousteau (AAMA) in Salinas, Asturias in Northern Spain convened a meeting on 10th May 2019 where the Jury of the Association awarded the Galardón Pergamino (Parchment Prize) to Grange and Armada Development Association (GADA) “for the great work in keeping the memory of the Spanish members of the Gran Armada who lost their lives on the coasts of our ally Ireland”.

This annual honour is bestowed on groups or individuals who promote, defend and disseminate marine culture and who commemorate people who are lost at sea.

The award is in its 15th edition and GADA joins a very distinguished list of recipients going back to 2005.

GADA was represented by Chair, Eddie O’Gorman at the award ceremony which took place on 28th June at the Museo de Anclas at Salinas. The date marked the 40th anniversary of the death of the oceanographer Philippe Cousteau who continued the remarkable research of his famed father Jacques Cousteau and is commemorated in this beautiful seaside setting.

GADA is indebted to Pedro Chinchilla and La Armada Invencible who brought the work of the organization to the attention of the Pergamino committee. A newspaper report of the event in La Nueva España can be found here. También hay más noticias en español aquí y otro aquí.

“This is a very significant award which GADA is delighted to accept,” said Eddie upon receipt of the award in Spain. “It follows on from the Isabel la Catolica award which was presented to us in 2017 by the Spanish Ambassador on behalf of King Philip VI of Spain. It is yet again an indication of the growing bonds between Sligo and Spain, and our unique historical ties through the Armada.”

In 1588, 3 great Spanish Armada ships ran aground at Streedagh beach in Sligo, with the loss of over 1,000 lives. Every year, GADA (more recently known as Spanish Armada Ireland) commemorates this event with Remembering the Armada, a 3 day series of historical, cultural and musical events, and which draws large numbers of people from both Ireland and Spain annually. This year’s events will take place between 20-22 September – details on www.spanisharmadaireland.com.

The Galardón Pergamino Parchment Award is now on display at the Spanish Armada Visitor Centre, The Old Courthouse, Grange along with many original and replica artifacts and where the story of the Armada and its connections with the North West is told. Admission is free to the public. Opening hours are 12.00 -1400 Tuesday – Friday and from 12.00-16.00 Saturdays & Sundays.