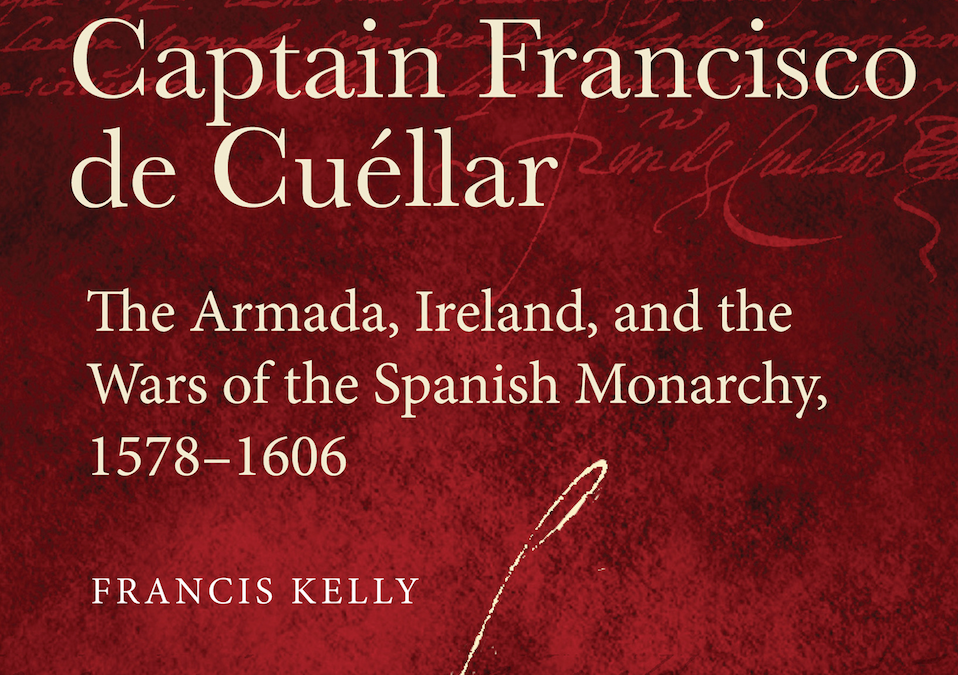 Captain Francisco de Cuéllar sailed with the Spanish Armada of 1588 and is remembered for his epic account of survival in Ireland following shipwreck at Streedagh in county Sligo. He lived among the Gaelic Irish of the northwest for a full seven months before he was helped to reach Scotland, and later, the Low Countries. A fascination with the captain’s tale led Leitrim historian, Francis Kelly, to set out by bike to discover the fate of this enigmatic Spaniard. His journey followed Cuéllar’s trek across Ireland, Scotland, and Belgium before continuing through France and Spain. It culminated in a search for evidence of Cuéllar’s life beyond Ireland; a quest that uncovered a remarkable career in which his Irish adventure was only one of many.

Drawing on extensive research and previously undiscovered documents from Spanish and Belgian archives, Captain Cuéllar’s entire military service is here chronicled for the first time. In a sweeping account his triumphs and travails are explored against the backdrop of the major conflicts of the late sixteenth century. For almost three decades Cuéllar traversed much of the Spanish empire and beyond. He participated in military operations on land and sea, commanding galleons and troops in some of the most celebrated campaigns of the period. Prone to controversy, Captain Cuéllar had a tendency to clash with superiors, which led to arrests, tribunals of inquiry, and court-martial. Throughout this study the rise and fall of the captain’s career is evaluated as an exponent of the military profession. In the process it captures in vivid detail the life of a soldier of the early modern era.

Lavishly illustrated with maps and artwork of the period, Captain Cuéllar’s life and times are recounted through fourteen chapters, with appendices detailing his observations on Ireland, his military salary, and translations of key surviving documents written by him.

Captain Francisco de Cuéllar: The Armada, Ireland and the Wars of the Spanish Monarch, 1578-1606 is now available online at https://www.fourcourtspress.ie/books/2020/captain-cuellar/  and in all good bookshops.