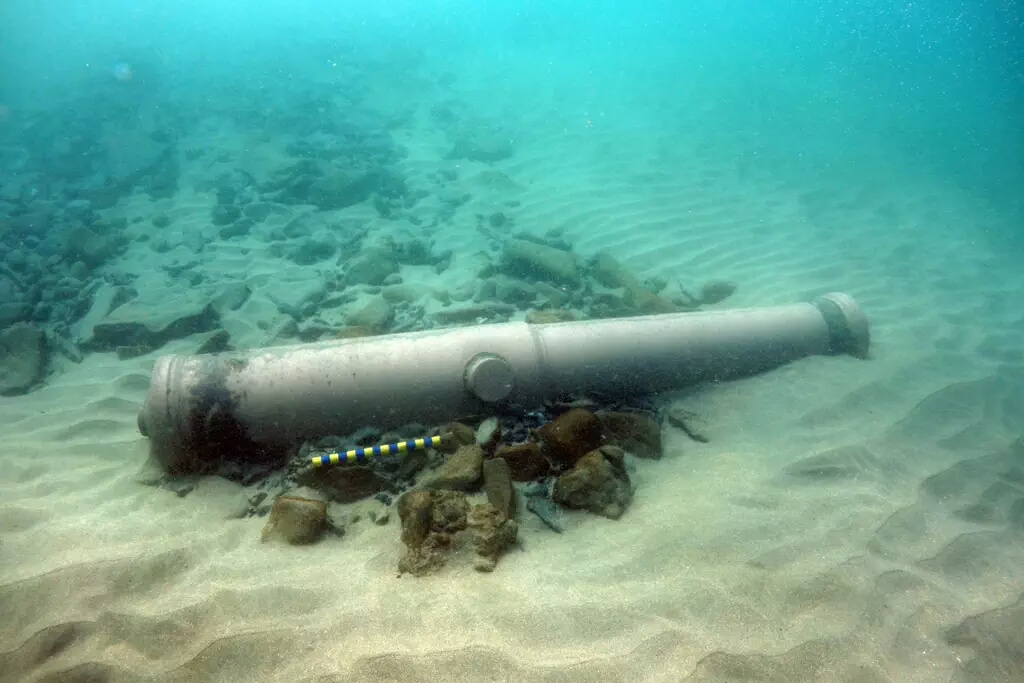 Streedagh Beach is unique in the Armada story in that it is the only known beach where 3 Spanish Armada wrecks lie – La Lavia, Santa María de Visón and La Juliana. They sank during Winter storms on September 21st 1588. Known as The Great Gale, this once in a generation storm also resulted in the deaths of approximately 1,100 Spanish lives, including soldiers and sailors, who perished at Streedagh.

Over the years, a significant number of military artefacts have been recovered from the ocean floor at Streedagh, including 12 Spanish Armada cannon from the wreck of La Juliana, as well as gun carriage wheels, smaller guns, cannonballs and timbers.

Under the ongoing supervision of the Underwater Archaeology Unit of the National Museum of Ireland, this recovery work continues, and the cannon recovered in 2015 are currently undergoing conservation in Dublin.

The first dives on the Spanish Armada wreck site at Streedagh beach took place in 1985. In this video we hear from some of those centrally involved in the recovery of three Armada cannon during what was a complex and controversial time for diving. Maritime archaeologist Dr. Colin Martin and Dr. Nessa O’Connor of the National Museum of Ireland were both involved and provide their insights to Micheál Ó Domhnaill of Spanish Armada Ireland on the events that unfolded at Streedagh.

News of the discovery of 9 previously undiscovered Spanish Armada cannon and a gun carriage wheel in 2015 made world news. Here, the dive team from the Underwater Archaeology Unit of the National Museum of Ireland – Fionnbarr Moore, Connie Kelleher and Karl Brady provide insight into the challenges of recovering these priceless Armada artefacts from the sea floor at Streedagh Beach in Sligo. In conversation with Micheál Ó Domhnaill of Spanish Armada Ireland.